Frodo was given the predikaat “Keur” in 2020, because he has improved the quality of his offspring and has a positive influence on the ponies in Holland. In 2017 he was given a 1st Premie for his breeding results and has also been licenced for 3 years. National Champion 2017 of Holland and Danmark were his daughters! 2020: predikaat “Keur” was given to him and he has approved grandsons and many of his offspring have titles in show, breeding and sport. 2012: Frodo already has 1 licenced son, 2 Star stallion, 1 Star gelding, 7 Crown mares, 10 Star Mares, 1 National Champion, 2 Regional Champions, Best Colt Belgium, 15 first class foals!
In 2013 he got the title Prestatie Stallion. He was already dressage Z1 and jumping M (Z2 is the highest class).
In 2016 he was rewarded a 1ste Premie on the Central Stallion Show because of his offspring.
In 2017 he was licencend for a period of 3 years because of his offspring.
His daughter Famous Grouse has the title Prestatie Pony, she is ZZ driving, the highest class in Holland.
His children perform very well in dressage, jumping, cross and driving. CHK Ermelo 2010: Holthausen Frodo II was first in his year onthe Stallion Show. In the final battle he was second. His father Orlando was made Champion of the day. Father and son, together in the ring,a beautiful sight. The jury said: “Frodo is still young, he will get his chance when he is older”.

Frodo was very succesful in riding, drssage and show jumping. He got a 9,5 for his canter! He was second in the large group of ridden stallions, his marks:

In the kür with music he really showed all his capabilities, the public was very enthousiastic and applauded loudly. A very succesful day!! Holthausen Frodo II and Josine Blommestijn CHK 2010, they were 2nd in the competition. Below information: Holthausen Frodo from a proven mother line.
Holthausen Frodo II is the son of Crown Preferent Elite mare merrie Holthausen Nienna and Orlando, twice Best Young Stallion, trice Allround Champion on the CHK, ZZ light in dressage (he competes with horses). Like all Holthausen ponies, Frodo’s names comes from the books of J.R.R. Tolkien, he is named after Frodo the First, who was born in 1974 as son of Holthausen Freya.

Holthausen Frodo II was geboren 14th May 2005, he was National Champion of all foals at the CMK Ermelo!

Frodo is 1.46m high. He combines all good qualities of his parents Nienna and Orlando. He has excellent movement, inherited from both his parents, has a beatiful exterior, a very chique appearance and a golden character.
Frodo is a playfull happy stallion, he looks first before he acts, is sensible and wants to learn. He is very intelligent, careful and reliable. He is very easy to work with, is obidient and really wants to work. And because of his beautiful colour, 4 white feet, star and little snip he is a ‘dream come true’ for every mare. Jury on the Show CHK 2008: Frodo is beatiful stallion and has a great type. He has a beautiful bearing (front), Frodo comes from a very good mare, Crown who had a very good mare-test. He has very big strong movents, so he will develop himself well in sport. Frodo’s older halfbrother Holthausen Fëanor was licended in 2003 in Germany.

In colour Frodo comes from a dark-coloured mare bloodline. His ancestor Silverles Lady’s Maid was dark bay, her mother Silverlea Brownie was brown, Holthausen Elanor Elenna and Nienna are both black, just his great-grandmother Elvira was a dark chestnut. Frodo’s children are most bay of dark bay, some are black.

Frodo was prepared well for his test and he passed with very good marks! Out of the rapport from the jugdes of the Stalliontest:
Frodo is a attentive, well-behaved, cheerful stalliom who has developed positively during the test. His walk is regular and he moves supple through his body. The trot is spacious. Frodo’s canter has rythm and “of the ground”, and he has power and suppleness; he seems to go uphill. The ridingtest was very neat, he was steady with his head/body. He was very nice to ride by the guest rider. In the cross Frodo galopped beautyfully, he is a careful jumper. Frodo loves to work, and that shows. His talent for dressage is very great, for jumping and hunting / cross is great. He gives his rider a pleasant feeling; he listens to his rider and is eager to work. In his stable he is very nice and easy to look after. Holthausen Nienna had a good Show carreer as well:

Grandmother Holthausen Elanor Elenna, Star Preferent and supurb jumper is the gandmother of Frodo. She has very succesfull children as well:

Some of her children are doing very well in jumping and dressage. 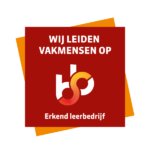